It’s the night I wait for all year, the red carpet at The Oscars!!! Last night showed a bevy of beautiful gowns that I couldn’t wait to report on this morning. Normally I go to bed deliberating and wake-up the following morning still trying to decide, but this list was much easier than usual. My top 6 were the same as they were last night (with some flip-flopping back and forth between 1 and 2) while picks 7-10 required a second glance.

9. Jennifer Aniston has really spiced things up this awards season by playing it a little less-than-safe on the red carpet. Last night she donned a blush-colored beaded gown by Versace that not only hugged her amazing figure but also had us playing peek-a-boo with its perfectly placed sheer panels. Photo Source. 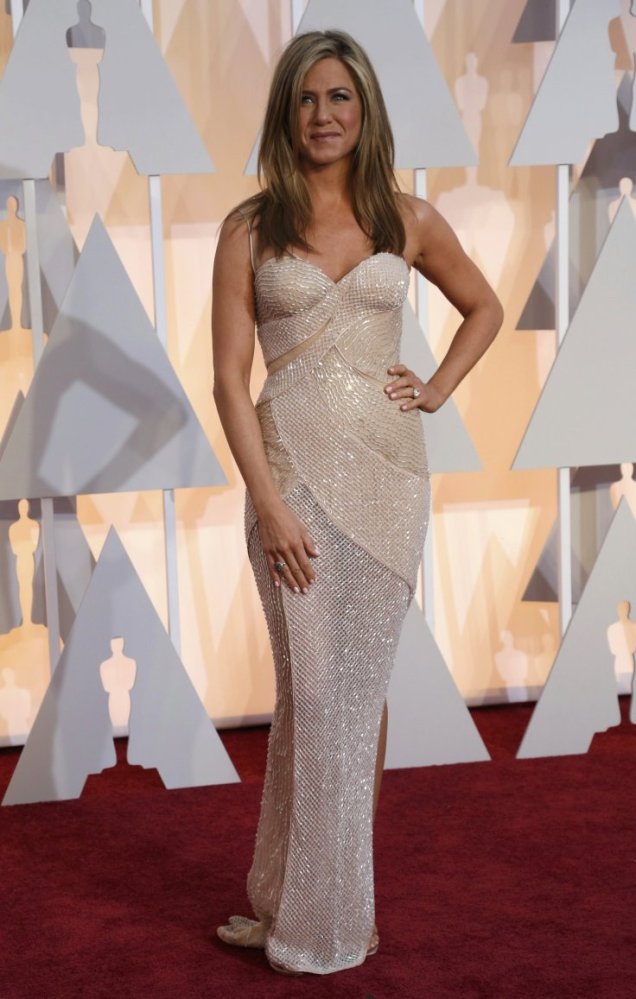 8. Meryl Streep makes her 18th appearance on the Oscars Red Carpet in one of her best looks ever! This year she wore a custom Lanvin gown (that showed off a bit of leg) with a blazer. I love how she always stays true to her own personal style and the way she carries herself like, “I’m F’in Meryl Streep.” Love me some Meryl! Photo Source. 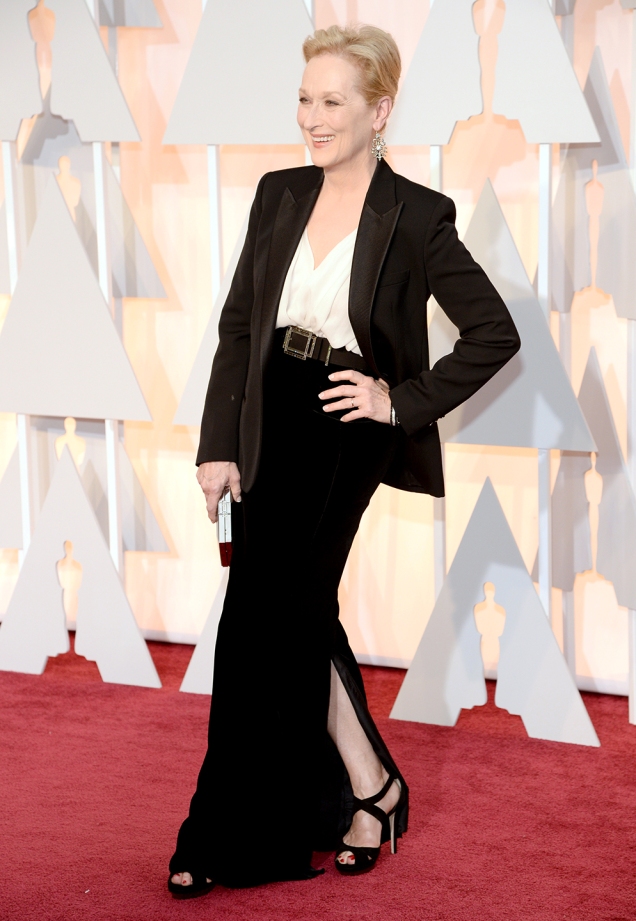 7. Emma Stone sparkled in a backless beaded gown with high slit from Elie Saab! Leave it to Miss Stone to wear a bold color like chartreuse to the Academy Awards 😉 Photo Source.

6. Marion Cotillard’s Red Carpet style is usually a little adventurous and her Dior Couture gown from last night is no exception… Most people will either love it or hate it, but those opinions don’t seem to deter Ms. Cotillard from sticking to her guns when it comes to fashion– and for that, we applaud her! Photo Source.

5. Lupita Nyong’o was bedeckd in pearls on the Red Carpet in this custom gown from Calvin Klein Collection! Let me preface by saying that this gown WOULD NOT work on just anyone, but on Lupita– it is fantastic! Last year, Lupita led the charge of awards season fashion that culminated in a perfect Oscar moment for her made even more memorable by her array of incredible gowns. I’m not sure that this one tops her gown from last year, but it is a brilliant follow-up to 2014. Photo Source. 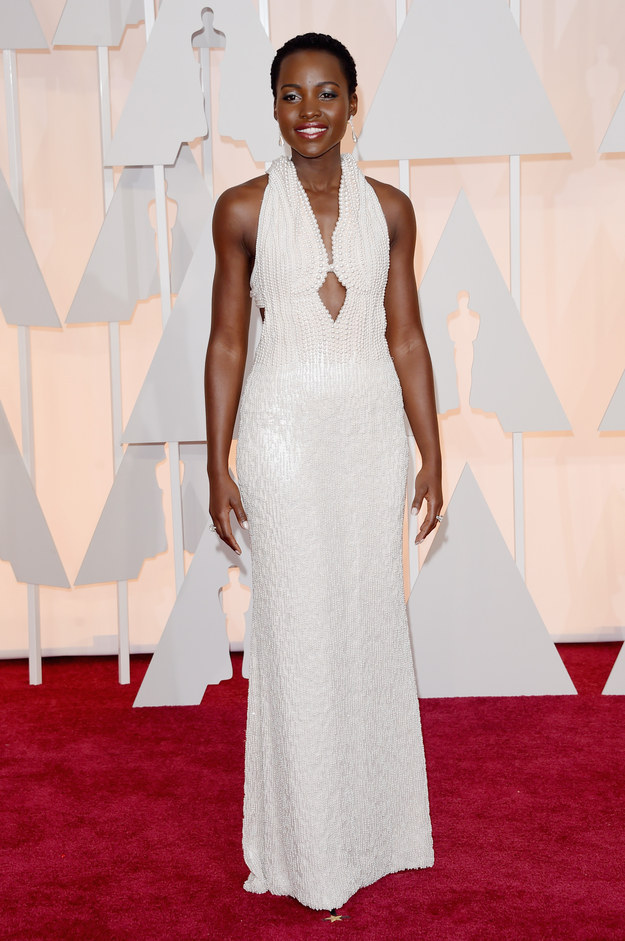 4. Hannah Bagshawe looked beautiful and proud on the arm of her new husband, Eddie Redmayne. While she has been striking all awards season, this belted gown by Alexander McQueen stuck in my head from the first time I saw it. Photo Source.

3. Rosamund Pike finally nailed it on The Red Carpet! Just in time too 😉 I’ve been waiting to see when Rosamund would break out in Hollywood ever since I saw her in “Pride & Prejudice” back in 2005. So, when I saw she was to play Amy in “Gone Girl” I was incredibly excited! Even more so when there was some “award buzz” over the movie. This decade of waiting made me really eager to see what she would wear this award season and I have thus far been a little let down– mainly because I think she’s so magnificent! However, last night when I saw her in that ravishing red Givenchy gown, my spirits were quickly uplifted. Photo Source.

2. Sienna Miller surprised all when she showed up in a gown from Peter Copping’s first collection for Oscar de la Renta that made its appearance on the runway at Fashion Week in New York a mere 5 days before. This is Copping’s first red carpet gown and I hope it’s an example of what we can expect in the future. Oscar was beloved by startlets and his shoes will be hard to fill, but hopefully this showing by Sienna will kick his career off on a good note 😉 The dress itself is made of navy guipure lace and floral macrame with velvet ribbon. In a long shot it’s hard to see all the detail that makes this dress so exquisite, but you can find some close-ups here. Photo Source.

1. Keira Knightley rounds off what has been a spectacular awards season showing in this incredible Valentino gown! Her chic bohemian gowns of 2015 went above and beyond maternity fashion and made you forget she was even sporting a bump under there. Everything about this gown is perfection: the nude coloring, floral embroidery, chiffon skirt, scalloped waist… all of it! You have been fabulous all season Mrs. Knightley, BRAVO!!! Photo Source.